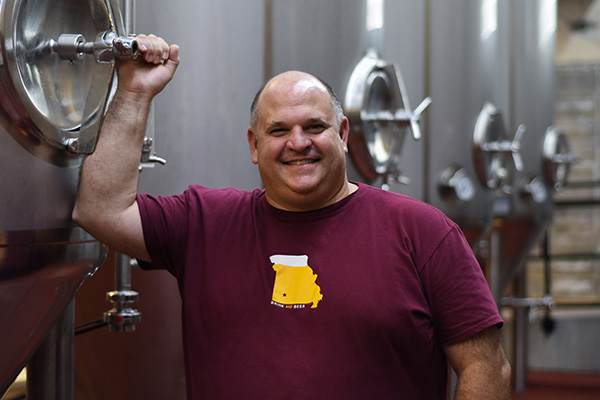 With over 20 years of commercial brewing experience, Brian is a great asset to our team and we are excited to see what he brews up next! We sat down with Brian to learn more about his favorite beer styles, how he got into brewing, and what happened the first time he brewed a batch of beer.

How did you start brewing beer?

I decided to be a brewer after college. Moved to Portland, OR to find a job. While there made two and only two batches of the worst homebrew in the history of mankind. Ended up getting an opportunity in Boston, so I moved back to the east coast to start my career.

First two homebrews came in rapid succession, so I did not have the opportunity to try the first beer before brewing the second. At the time I was drinking a lot of brown ales- so I made a couple at varying strengths. I decided that to make these beers extra special I would double the amount of roasted and chocolate malt in the recipes. Bad move. Undrinkable. Did not attempt homebrewing again.

Field trip during brewing school to Sheboygan to tour Schrier Maltings. After the tour we went to the Schrier lodge and had plenty of brats and Celebrator doppelbocks. The night ended with a sing along from the students who came from around the world.

I was transferring yeast from one brewery to another. It was a twenty mile drive, in summer in Wisconsin. The corny kegs that the yeast was in failed and the entire back of my car was soon covered in ale yeast.

MBAA (Master Brewers Association of the America keychain from 1948 convention

Best part of the brewing process?

Mashing in- the initial smell when each different type of grain hits the water is really gratifying.

Favorite way to cook with beer?

We are happy to have you on our team Brian! Cheers to new brews,