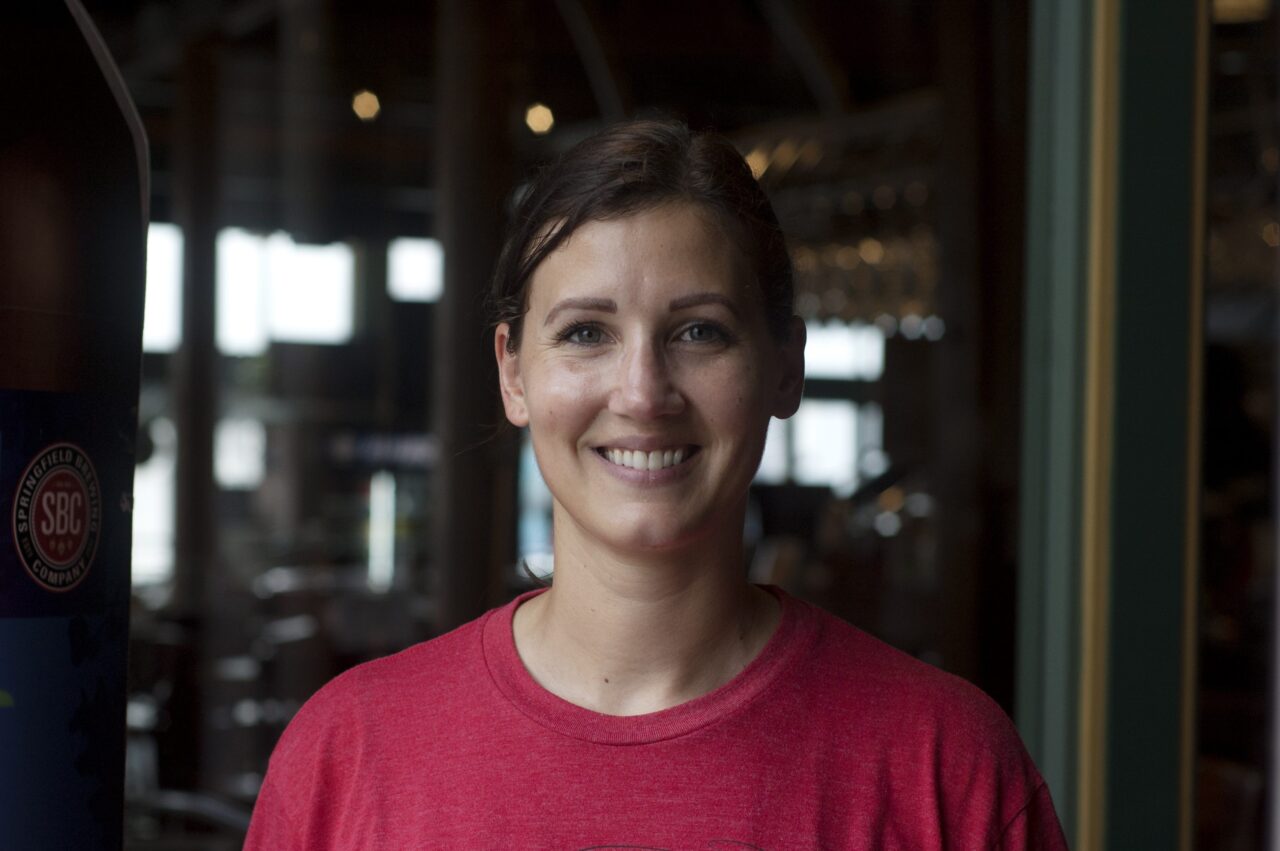 You might know her as Natalie, but back in the brewery, she’s better known as Cellar Rat Nat. And don’t be fooled by her sweet disposition. This gal is a bad ass! She served 10 years in the Army doing explosive ordnance disposal and was deployed twice to Iraq and Afghanistan. She eventually landed in Missouri at Fort Leonard Wood before moseying down south where she started helping us sling beer at Farmers Market of the Ozarks on Saturday mornings.

When we learned she had aspirations to become a brewer, we said hell yes! and enlisted her help in the brewery as a cellar assistant. It’s not glamorous work — assembling boxes, bottling and packaging — but as our seasoned and weathered brewers will tell you, little about what happens back in a brewery is as glamorous as people think.

It’s been three months since we welcomed Cellar Rat Nat into the fold, and it’s about time we introduced her to you!

What superpower would you want to have?
Flying, because, flying!

If you could have a meal with anyone dead or alive who would it be and why?
Howard Stern. He’s a fascinating person and the voice of many generations. I’ve been listening to his show for 20 years, and I like how funny and honest it is. Can I also go to dinner with Bill Murray?!

What’s something most people don’t know about you?
I was in the military for 10 years, and I have been to about 30 countries. I love ’80s Hair Metal Music, and a majority of my body is covered in tattoos.

How did you end up in this fair city of ours?
I’m originally from Grand Rapids, MI, aka Beer City USA!  I got to Springfield by way of Fort Leonard Wood, MO, and now my partner in crime and I are staying in Springfield while he finishes school at MSU.

Favorite beer moment?
Getting the opportunity to work for SBC. I decided I wanted to be a brewer in 2013 while I was deployed to Afghanistan. I’m not a brewer yet, but this is a great start.

Best beer memory?
Visiting Founders Brewing Company for the first time. They have a great history of how they got started, and Founders is my hometown brewery!

Worst beer memory?
I got a kegerator a few years ago and was unfamiliar with the process of setting it up. I ended up spraying beer everywhere. Eventually I got the hang of it and spent a lot of time cleaning beer off the ceiling and walls.